The three Streets in Hawera, Grant V.C Street, Laurent V.C Street and Dixon Avenue are designed to represent the shape of two V’s and two C’s to commemorate the awards won. Two VC winners from the same small NZ township was certainly a unique occurence and Mr Dixon the Mayor was instrumental in having the streets named in honour of these two local heroes.

‘Harry’ Laurent was born on 15 April 1895 at Tarata in Eastern Taranaki. He attended Hawera District High School before leaving to work in a cheese making factory. When war broke out in 1914, Laurent joined the New Zealand Expeditionary Force and was sent first to Egypt and from there to France to serve with the NZ Rifle Brigade. He was wounded in the Battle of the Somme in 1916. During the fighting in France, Laurent showed great leadership and was promoted to Sergeant. During the

Allied advance towards the end of the war, the New

Zealanders came up against a strong German position at Gouzeaucourt Wood.

On 12 September 1918 during confused attacks on this objective, Sergeant Laurent was sent out with a twelve man patrol to probe the enemy defences.

Finding a heavily fortified trench system, he immediately attacked. After hand to hand fighting the twelve Kiwis killed thirty of the enemy, captured the trench and took 112 enemy soldiers prisoner.

When the Germans counter attacked, Laurent managed to retreat in good order, keeping his prisoners under control and fighting a rear guard action. “The success of this daring venture was due to Sergeant Laurent’s gallantry and enterprise.”

This rather incredible action resulted in the award of the Victoria Cross to Sergeant Laurent.

In July 1919 when Laurent returned to Hawera, he was given a hero’s welcome and he and the Mayor, Edwin Dixon, each planted an oak tree in the grounds of the Water Tower. (Later in 1919, a third oak was planted by John Grant VC when he, too, returned to Hāwera) The three trees may still be seen in the Water Tower grounds.

After the war, Laurent was commissioned as a Second Lieutenant before leaving the Army. While working for an engineering firm in 1921, he married Ethel Homewood. At the beginning of WW II he was recalled for service in local defence and was appointed a Major in the Home Guard. He served throughout the war in a variety of appointments including commanding the Hawera Area Defence Unit. Lieutenant Colonel Laurent finally retired from the army in 1949.

Harry Laurent died in Hastings on 9 December 1987 aged 92. His ashes are interred in the Hawera Servicemen’s Cemetery

Harry Laurent’s Victoria Cross and other medals are on display at the QEII Army Memorial Museum Waiouru, New Zealand 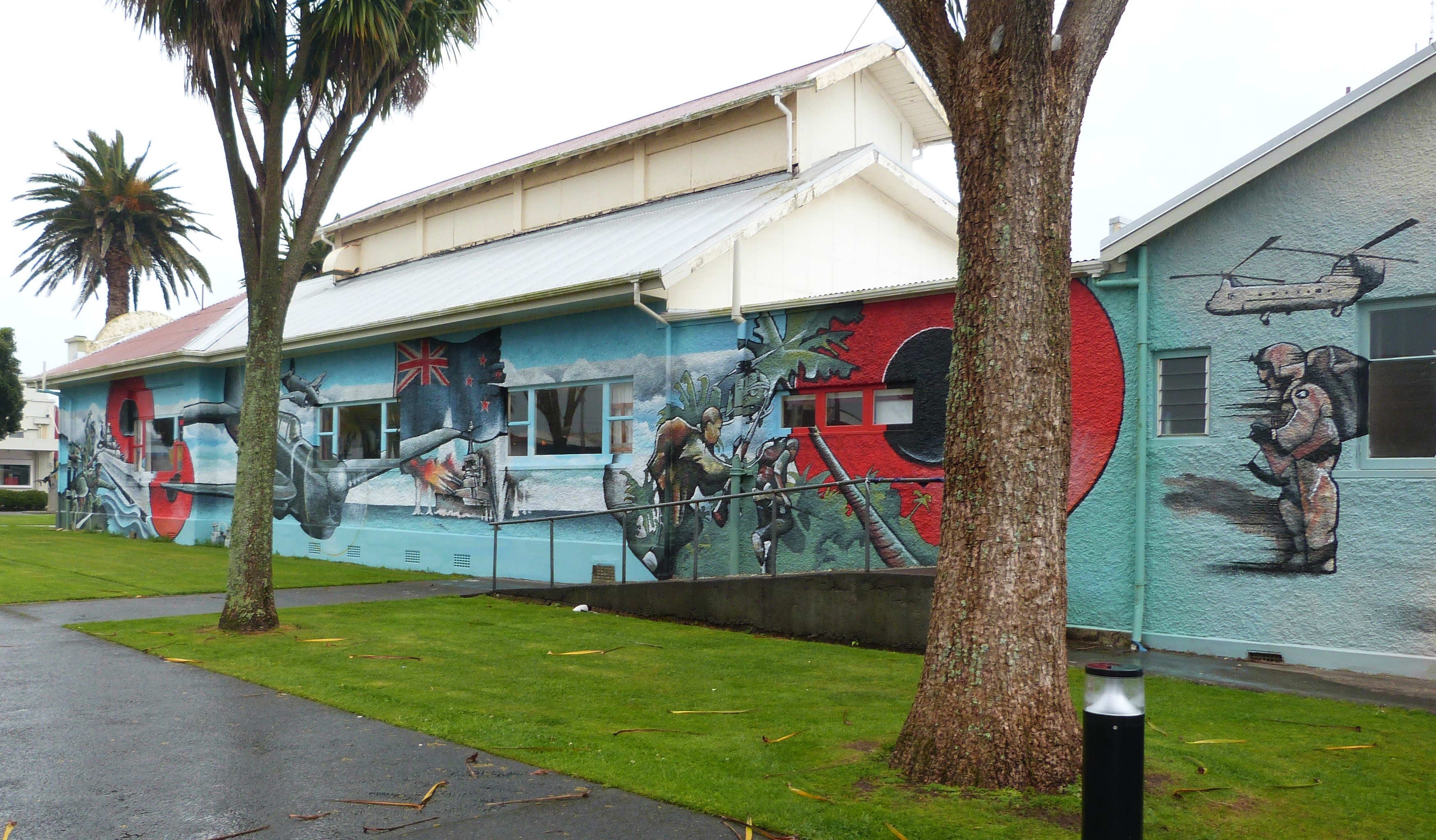 The three streets of Grant, Laurent and Dixon were launched officially on 27th October 2018.  Afternoon tea was served  at the local RSA in Hawera.

No references are recorded for this story.